Tigers Club is a monthly classroom sponsorship program that supports the Villa Soleada Bilingual School & Children’s Home.  Pick a class to support and follow their journey toward graduation.

** During the COVID-19 crisis,  funds from this campaign will be used for emergency  funding for the Children’s Home and the organization ** 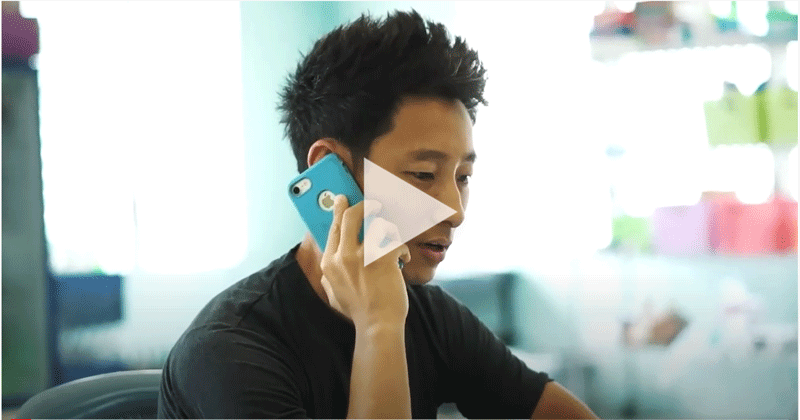 How does it work?

Pick a class from our school. Donate $30 each month. Receive updates from your class we don’t share with anyone else. Watch students from your specific class learn and grow. Support them in their journey from preschool through high school—and even college.

One-time donations fluctuate so much from month to month that they don’t give our school the stability we need to plan for the future. Monthly gifts enable us to expand our services with greater boldness because we know we have ongoing support. Your sustained commitment allows us to do our best work with each Villa Soleada Bilingual School Tiger.

Reaching 390 supporters will allow us to cover each classroom’s basic needs. And it will give us the stability to focus on improving our programs and making long-term plans.

Reaching 780 supporters will allow us to reach full sustainability. Our team will have all the resources they need to help their students make it to college. We would be able to grow our staff and hire a school counselor, soccer coach, early childhood education specialist, tutors, and a social worker. We would provide better training and benefits to our hardworking staff. We would also be able to cover everything we need for our students who live in the children’s home. This includes all living and educational expenses for our students from the Children’s Home.

Reaching 836 supporters will will allow us to help all school-age community members in Villa Soleada who do not attend the bilingual school. They may attend vocational schools, special needs schools, universities, and other institutions in the city.

What do Tigers Club members receive?

You will receive exclusive monthly updates from your classroom, a yearly class photo, videos, invitations to graduation ceremonies, special events in Honduras, and more!

Is my donation tax deductible?

Yes. Your donation is 100% tax deductible!

How long will my sponsorship last?

Yes. You can cancel at any time. Click here to manage your monthly donations.

How is Tigers Club different from other sponsorship programs?

We are committed to respecting the privacy, safety and dignity of each and every one of our students at Villa Soleada Bilingual School. Traditional child sponsorship programs can create jealousies or competition within the community. It can also create a sense of dependency. Individual sponsorship may leave sponsored children feeling that they couldn’t have made it without the help of a foreign sponsor. We want each of our students to know that they earned their success through their hard work and determination. Classroom sponsorship reflects the sense of community SHH fosters to see all students at VSBS succeed.

Where does my donation go?

** During the COVID-19 crisis,  funds from this campaign will be used for emergency  funding for the Children’s Home and the organization **  Your Tigers Club donation does not go directly to your sponsored class, rather we combine your monthly support with the support of other SHH sponsors into a general pot that finances the full operation of the Villa Soleada Bilingual School & Children’s Home.

What if I am already a part of One Cup of Coffee?

What happens once my class graduates?

We will provide you with the details for you to attend the graduation ceremony. If after graduation, you would to leave Tigers Club or sponsor another class, let us know.

How long will my sponsorship last?

We hope that you decide to sponsor your class through high school graduation and beyond.

Can I sponsor more than one class?

Yes. You can sponsor as many classes as you want and get exclusive updates from each.

Can I write a letter to my class?

Yes, just send us a digital image of your letter. We will have a bulletin board in our class where we will post your letter for the students to read.

Can I cancel my donation?

Yes. You can cancel anytime. This donation will reoccur until it is cancelled.  You can manage your monthly donations by following these instructions.

Will the funding also help the Villa Soleada Children's Home?

Yes. Tigers Club will help cover all living and educational costs for the Tigers who live in our Home.

ABOUT THE VILLA SOLEADA BILINGUAL SCHOOL

Honduras has a staggering poverty rate (66%) and is currently the most
unequal country in Latin America. Crime and violence remain rampant, as
Honduras continues to have one of the highest homicide rates in the world. 37%
of Honduran children of secondary school age (12-16) are out of school. Of the
poorest quintile, 62% are out of school. (EPDC, 2014)

The Poorest Community in El Progreso

Daniela R. was born into one of El Progreso’s largest riverbed shanty slums. Her
house was made out of mud and cardboard. Families, including her’s, battled
with generational poverty. Running water, adequate housing, and electricity
were nonexistent. Gang violence, alcoholism, drug abuse, chronic
unemployment, and malnutrition were rampant. Local authorities described the
community as “the hardest slum in the city.”

A household survey revealed that 0% of the residents had graduated from high
school. No one from Daniela’s community had graduated.

Since 2005, our team has been testing a simple question: could an entire
community in Honduras lift itself out of generational poverty if not just one but
all its challenges were addressed comprehensively?

In 2007, the village council decided to relocate their community. Our
organization bought a large plot of land in northern El Progreso. Funds were
raised for construction supplies. Following the lead of community members, we
organized, created a plan, and began building. Over two years, 13 acres of
wilderness turned into a village.

In 2009, the families moved into the newly built village. Numerous community
members, like Daniela’s mother, spent years working under the sun to help build
the village from the ground up. For the first time, they had access to adequate
housing, a water well, electricity, land titles, and sewage system.

Yet many challenges still remained: generational poverty, illiteracy, chronic
unemployment, drug abuse, violent crime, and malnutrition. In 2012, the families
asked our organization to build the one key thing missing in their community: a
school.

A dream emerged. It was so profound yet so simple: one day, every child from
the community would be a high school and college graduate.

Later that year, we opened the doors to the Villa Soleada Bilingual School.

Every day we are getting one step closer to achieving that dream. Inspired by
their vision, our team has been striving to achieve a 100% graduation rate in the
community. We believe that our students can become self-sufficient, productive
adults who will make a positive impact in Honduras.

Daniela, like so many of her classmates, show up to class each day with great
enthusiasm. In 2017, she was invited to participate in the city-wide spelling bee
championship—an event normally reserved for the wealthy elite. She was up for
the challenge and studied one thousand English words. Her hard work paid off.

She won the competition and became the 6th grade spelling bee champion of El
Progreso—a city of more than 200,000 residents.

In February 2018, Daniela and 275 classmates (as of 2018) celebrated the
groundbreaking ceremony of the high school building, which will open summer 2020.

She is on track to graduate from our high school in 2022.

Her class will be the first graduates from our high school in 2022. They will be
fluent English speakers and college bound– in a part of Honduras where the
college graduation rate is 0%.

It is not uncommon for jobs that require English fluency to pay 200% to 300%
more than those that do not. However, only 2% of the wealthiest students in
Honduras get to attend a private bilingual school. As a result, very few people
speak English in Honduras. There is a large gap in the labor market that our
graduates can capitalize on.

Our promise is that 100% of our students will be fluent in English when they
graduate. Our team of American and Honduran teachers are hard at work to
fulfill our promise. Our Honduran staff focus on Social Studies and Spanish. Our
American teachers receive intensive summer training upon arrival and teach a
curriculum based on an immersive experience in English. In addition, students
have access to to hundreds of books, the largest library in the area, and a
computer lab.

Most schools in Honduras hold classes for just 5 hours per day. Our school
strives to allow students to spend more time at school. Our students have a
much longer school day.

In order to address the “summer gap” challenge, we hold numerous weeks of
summer enrichment classes. We also hold many weeks of summer reinforcement
classes. Our extended school hours and school year allow students to reverse
the effects that poverty has on their academic achievement.

We allow students to enroll at our school at age 3. By focusing on early
childhood education, we set up our students for long-term success.

Students from Villa Soleada attend the school on a full scholarship. To maximize
community buy-in, their parents volunteer at the school to help clean
and maintain the grounds. Students from wealthier neighborhoods pay $40/month in
tuition. We hope to reach financial self-sufficiency by 2021 through the tuition
that we collect.

We are expanding the school by one grade each year. Eventually, our school will
be serving 350 students from grades K-12.

The Reinada family, like other families in Villa Soleada, participate in sweat equity where Miss Reinada volunteers her time in cleaning the school.

Get to know us

our story our team our projects